Giorgio Agamben’s Views On Biopolitics As An Extreme Totalitarianism

Those who learned about the centralized forces benefitting from the persistence of meaningless and mortifying emergency measures in the last three years may have heard at some point about one of the most distinguished contemporary thinkers of our times, Giorgio Agamben. Agamben is the Italian philosopher best known for his concept of the “state of exception” and investigative work on the implications and evolution of biopolitics—first introduced between the 1960s and 1970s by the French social theorist Michel Foucault.

Last November 28, Agamben connected to a videoconference with other members of the Comissione DuPre – Dubbio e Precauzione (Doubt & Caution Committee)—a group of Italian philosophers, scientists, and jurists united by the intention of restoring the inviolability of critical thinking as a prerequisite for democratic participation—to provide substantial insights into his current vision of the post-pandemic situation in which not only the Italian society, but all of Western society can’t still move forward through an impasse.

Following is a translation from Italian of Agamben’s full speech. I found this session worthy of being shared and unfolded to a broader audience as it explains in a little tricky but accurate way how biopolitics evolved in an even more convoluted model during the conditioning phase of the pandemic emergency, and why this newly-arranged configuration risks having generated a particularly obstinate form of totalitarianism, from which it will be extremely hard to get out without the backlash of higher collective awareness.

Regarding the extreme political situation we have experienced, if one day historians investigate what happened under the cover of the pandemic, it will turn out that our society had probably never before reached such an extreme degree of ruthlessness, irresponsibility, and downfall.

Paraphrasing Claude-Lévi Strauss in an expression he used for Europe after World War Two, one could say that our society has regurgitated itself. For this reason, I think that today there is no solution for our society to get out of the situation into which it has fallen, unless it is thoroughly questioned.

Starting from this assumption, I fully share with you the criticisms of a recent article on the possibility of a reconciliation (the article he refers to is the infamous Let’s Declare a Pandemic Amnesty by The Atlantic.) In fact, I believe that this possibility is an insanity that responds to another insanity.

The aspect that many still don’t understand is that we don’t simply have before us men who professed to be reliable [with “fact-checked” evidence] but, deep down, deceived and derailed. We have before us something different, worryingly different. A new figure of man and citizen, to use two terms familiar to our political tradition. It is something that has taken the place of that modern couple between Man and Citizen, and which I propose to provisionally call with a technical term of criminal law, the Accomplice (an alternative translation I propose to the Accomplice on a large scale could be the Enabler.)

In the terminology of criminal law, the accomplice is the one who has put in place a conduct which in itself does not constitute a crime but which contributes to the criminal action of another subject, the offender. Well, we have found ourselves, and we are faced with, individuals, indeed, an entire society of individuals who have become accomplices in a crime whose offender is absent or, in any case, unmentionable for the crime. A paradoxical situation in which there are only accomplices but the offender is missing.

A situation in which everyone, from the President of the Republic and the Minister of Health to the Doctors of any discipline and district and the basic Citizen, all act as accomplices and never as offenders. This absurd but unprecedently dangerous situation in which there is a social pact of complicity without an offender coincides with the Sovereign whose body is formed by the same mass of accomplices. And that is nothing less than the most oppressive and mean-spirited connotation of any totalitarianism ever faced.

Anyone who does not participate in such complicity is a merely excluded Non-Accomplice, because he does not exist, he is not contemplated in this one and only paradigm.

Furthermore, there is another sense in which we can frame the intricate complexity of this new complicity, which is not only between Citizen and Sovereign, but between being a Man and being a Citizen. Hannah Arendt postulated how ambiguous the relationship between these two important terms, Man and Citizen, is in the Universal Declaration of Human Rights (*). That is, rights are attributed to man only to the extent that man becomes a citizen from his birth. That is, man’s biological life begins and is recognized in the social pact by the fact that he is a citizen belonging to a state. If man is not first a citizen, man does not exist, not even as a biological individual.

(*) Aside. After the adoption of the Universal Declaration of Human Rights in 1948, Hannah Arendt published the next year an essay where she criticized the paradox of the recognition of the “right to have rights” as a juridico-political precondition for the protection of human rights. Being the Universal Declaration based on an abstract conception of the human being, then it must be surmised that there’s no guarantee for human rights outside the political community. Individual sovereignty can function by and through the national sovereignty of people. The only possible way for an individual to have his rights protected, therefore, depends on a larger encompassing order, which in turn implies membership in a political community.

The sovereignty of the modern State is based on the function of identity between Man and Citizen. What we are faced with today is a new configuration of this relationship, in which man no longer transmigrates dialectically into being a citizen, but establishes a complicit but perverse relationship with his being a citizen. That is, man, with the birth of his earthly life, provides the citizen with the complicity that the latter needs to give man the right to constitute himself politically. The citizen, on his behalf, declares himself an accomplice in the life of the man whose control over his biological life is now also claimed, besides conferring him a simple validation of existing in the society.

This new complicity, in which Man is an accomplice and, at the same time, subject to his being a Citizen, is a disturbing reconfiguration of Biopolitics, a dehumanizing form that has now reached its most extreme peak.

Outraged by this ultimate decay and drift of our society, I can no longer tolerate how a doctor fails to recognize and denounce the perverse way in which medicine has been instrumentalized in the last three years. If we don’t rethink what medicine has progressively become, and even science as a whole, we will in no way be able to hope to stop its lethal course. Again, I can no longer tolerate a jurist not recognizing and denouncing the perverse way in which the Law and the Constitution have been manipulated and betrayed in the past three years.

This so silent but pervasive and invasive way of exploiting human rights due to this worrisome social pact between Man and Citizen without needing to overturn a Constitution is what not even Mussolini and Hitler could dream of in their time.

Only a careful examination of the historical, political, and social situation in which we find ourselves and a solid long-term vision of this condition can save us from the inexorable drift toward which we are all ending up.

Thanks for your attention. 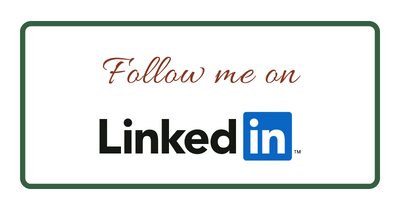 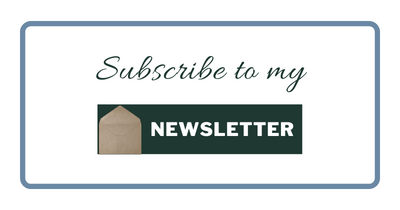 A very interesting perspective of the underhanded ideas and methods used to achieve control over society. The general public, in any country, should not tolerate this and demand in great numbers that those behind such ideas, methods, and activity should be exposed for what they are, evidence of their activities presented, and action taken at the public’s discretion.

wpDiscuz
wpDiscuz
1
0
Would Love to Read Your Thoughtsx